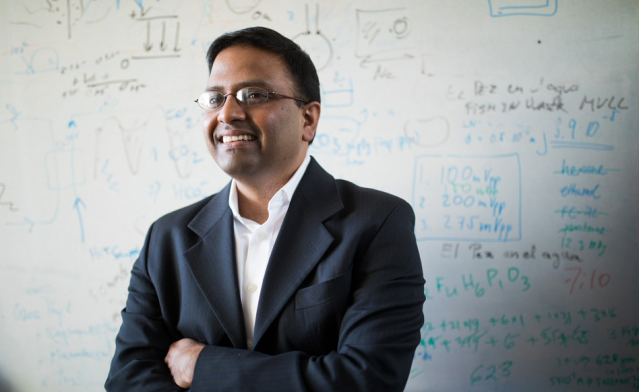 Kripa K. Varanasi is a Professor of Mechanical Engineering at MIT. He received his B.Tech from IIT Madras, India and his SM (ME and EECS) and Ph.D from MIT. Prior to joining MIT as a faculty member, Prof. Varanasi was a lead researcher and project leader at the GE Global Research Center.

The focus of his work is in understanding the physico-chemical phenomena at interfaces and developing novel materials, devices, and products that can dramatically enhance performance in energy, water, agriculture, transportation, medical, and consumer devices. He is passionate about entrepreneurship and has co-founded multiple companies such as LiquiGlide, DropWise, and Infinite Cooling for translating the technologies from his lab to market. Time and Forbes Magazines have named LiquiGlide to their “Best Inventions of the Year”.